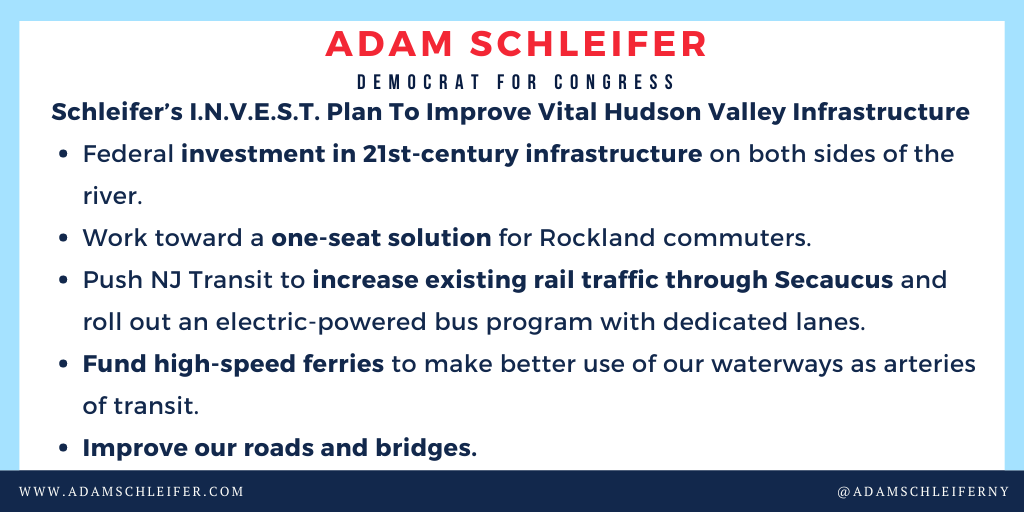 If Elected To Congress, Schleifer Will Sponsor a $50 Tax Credit for Voting in a Federal Election

Schleifer Will Also Continue His Mission to End the Electoral College, Incentivize States to Expand Absentee and Early Voting during COVID, and Make Election Day a Federal Holiday

Schleifer: “To improve access, let’s reward participation in and remove obstacles to democracy.”

White Plains, NY – Adam P. Schleifer, a Democratic candidate for U.S. Congress in New York’s 17th Congressional District (Westchester and Rockland Counties), has unveiled an outline of the Voting Rights Act of 2021, his plan to protect voting rights and election integrity. If elected to Congress, Schleifer’s legislation will include policies designed to boost voter participation, including a refundable tax credit of $50, making Election Day a national holiday, and expanding absentee and early voting across the United States. Further, he calls for the end of the electoral college as a means of electing future U.S. presidents; supports state-by-state independent redistricting commissions to draw state and congressional boundaries; and, calls for overturning Citizens United v. Federal Election Commission through a constitutional amendment.

“The COVID-19 pandemic, along with the Trump Administration’s ongoing campaign to restrict the right to vote, present unique threats to our most sacred democratic tradition,” said Schleifer. “We must act now to protect voting and the integrity of our elections during the COVID-19 period and long after it has passed. If elected to Congress, I will sponsor the first ever tax credit for voting, because every American’s voice is valuable in our democracy. Election Day must also become a national holiday, because no American should lose out on a paycheck in order to exercise the right to shape our government.”

Schleifer notes that in Wisconsin’s primary election earlier this year, there was a surge in absentee voting due to COVID-19, which strained the state’s ability to process so many votes by mail. He believes that the federal government has a mandate to ensure elections are conducted freely and fairly in all corners of the United States. Neither a politician nor a pandemic should get in the way of an American from exercising their constitutional right to vote.

Schleifer’s plan strengthens democracy by making voting easier while also ensuring the integrity of our elections. As a congressman, Schleifer would propose a voting tax credit of $50 to incentivize voting and address the economic burden it often places on the working class. He is the only candidate in the race thus far to publicly endorse a voting tax credit. In 2018, 53 percent of the eligible voting population cast a ballot in the midterm elections, a record in recent history but still far behind voting rates in other advanced democracies. Such a tax credit would boost turnout in U.S. elections, while also keeping voters from having to make a choice between going to the polls and suffering a loss of income.

“A tax credit for voting is a progressive and democracy-enhancing form of tax relief. It provides greater proportional incentives to hardworking Americans in the working and middle class, and will help us ensure our voters reflect the diversity and composition of our society,” Schleifer said.

To further boost participation rates, Schleifer proposes to make Election Day a federal holiday in the United States, joining more than 80 percent of other OECD countries that hold elections on weekends or national holidays. Moreover, he would support funding that incentivizes states to make voter registration automatic, especially here in New York.

Schleifer would also support legislation that provides funding to states seeking to liberalize their absentee balloting and early voting laws. According to a recent poll, an overwhelming majority of registered voters in America support allowing voters to request an absentee ballot. During a global pandemic, Schleifer believes that it is imperative that our democracy continue to function even if voters cannot physically appear at their polling location.

In addition to making voting easier, Schleifer would take steps to preserve and enhance the integrity of our elections. Continuing the scholarly work he published earlier in his career, Schleifer would work to eliminate the Electoral College, as he believes the time has come for us to elect our presidents the same way we elect all other federal, state, and local representatives: one-person, one-vote. He would support legislation that sets up independent redistricting commissions in each state to minimize the impact of partisan politics on the process for drawing state and congressional boundaries.

Finally, he would support a constitutional amendment that overturns Citizens United, putting an end to unlimited corporate spending in our elections.

Adam Schleifer is running for Congress to serve the people of New York 17th District encompassing Rockland County and northern & central Westchester County. Adam, 38, graduated from Chappaqua’s public schools in 1999 and went on to attend Cornell University and Columbia University Law School, where he served as a Senior & Staff Development Editor on the Columbia Law Review. After graduating from law school, Schleifer served two years as a federal law clerk, first in the United States District Court for the Southern District of New York, and then in the United States Court of Appeals for the Ninth Circuit.

Schleifer then built a career at one of the nation’s leading law firms before reentering public service, first as a New York State consumer-protection regulator, and then as an Assistant United States Attorney. Schleifer has prosecuted regulatory and federal-criminal actions against predatory payday and subprime auto lenders; taken dangerous and illegal weapons out of communities; prosecuted crimes of sexual violence and predation; and protected our clean air by prosecuting a conspiracy to violate the Clean Air Act. Adam Schleifer and his wife, Nicole, are residents of New Castle.